Hello, and welcome to another Daily Round-Up! This time, let’s start things off with some Otaku news!

Bandai Namco Entertainment has released the first PV of their new smartphone game Black Clover: Mugen no Kishidan (Dream Knights), which will be releasing for iOS and Android devices later this year. Additionally, the game will be free to play, with optional purchases for some in-game items. The trailer also features the new Black Clover opening for the anime “Dangerous” performed by “Kumi Koda” which will be used as the game’s theme as well.

The official website for Gakuen Basara, the high school spinoff based on CAPCOM’s Sengoku Basara game franchise, has streamed the first PV for the anime adaptation on Saturday that also previews the theme song (T.M. Revolution) performed by “Takanori Nishikawa”.  They also released a new visual, as seen below!

The anime is slated to premiere on TBS this October 4th and on BS-TBS on October 6th.

The film is slated to premiere in Japan on July 20th and will be having a North American premiere too, with screenings at the Japan Cuts Festival in New York on July 28th.

Studio Chizu launched a countdown this Friday on the Mirai de Matteru  “Waiting in the Future” website that features the logo, video, and insert song from Mamoru Hosoda’s The Girl Who Leapt Through Time anime film, with the words “Time waits for no one.” The site is designed for viewing on smartphone, but can be viewed on any other device just fine. The countdown ends July 18th at 12:00 p.m. (JST) around July 17th at 11:00 p.m. (EDT). What is this eluding to? Who knows!

The 33rd issue of this year’s Shueisha’s Weekly Shonen Jump magazine showed off a new smartphone game this Saturday!

Fathom Events streamed a short 30-second English trailer for their and GKIDS’ upcoming theatrical screening of Masaaki Yuasa’s “The Night Is Short, Walk On Girl” anime movie. The movie will be available on August 21st and 22nd with English subtitles.

Today, publisher Rittorsha released a long out-of-print Tezuka work named “Dust 18” in a single, 400-page book. The sci-fi manga was serialized in Shogakukan’s Weekly Shonen Sunday magazine, originally released under the title “Dust 8” but underwent a lot of changes including the merging two chapters to create a single chapter, characters’ facial expressions, dialogue, and even the ending was altered. This new version looks to please many fans’ request for an unedited version pulled from Shogakukan’s Weekly Shonen Sunday magazine. The book is out in Japan as of today, but there is currently no news on whether it’ll be translated into English and distributed to the western market.

And now, onward to the Nintendo side of news! 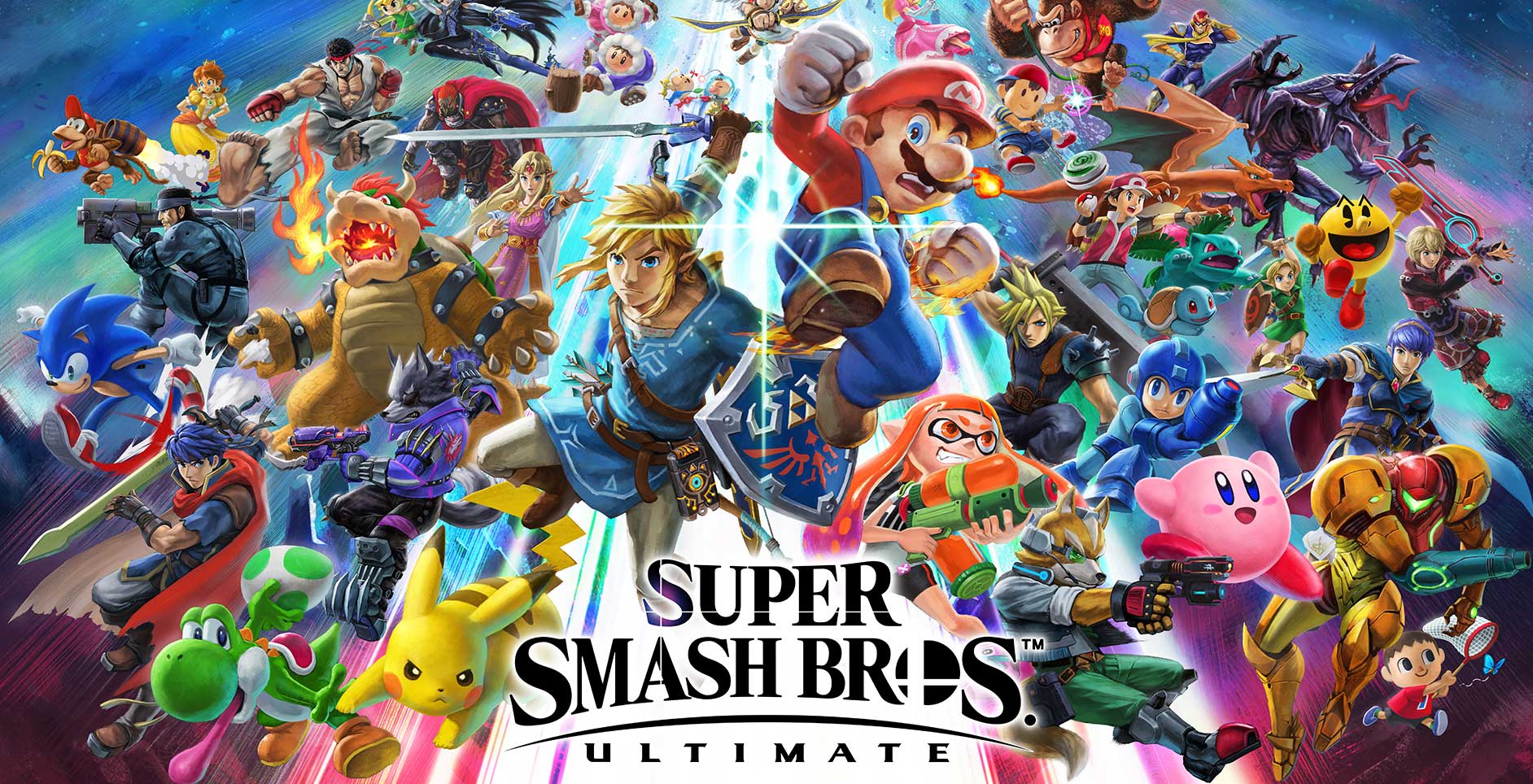 According to Nintendo’s Japan online store, the new upcoming Super Smash Bros. Ultimate will take up an estimated 16GB of storage space! Of course, the game is still in development, so this number will most likely be different by its December 7th release.

In more Smash Bros related news, in a recent interview with NintendoLife, Nate Bihldorff and Bill Trinen of Nintendo Treehouse were asked about any plans for more Super Smash Bros. Ultimate character reveals. With Bill Trinen saying that “We can answer that when we get closer to December”. DLC content was also discussed, but Bill explained that they don’t decide on doing DLC’s until after the game is finished. You can read the full interview here.

Additionally, Idea Factory International will be handling the North American and Europe release, which will have English and Japanese audio with the option for French subtitles.

Level-5 has revealed that Yo-kai Watch 4 will be launching in Winter 2018 on the Nintendo Switch. The official website also confirmed that the game will be connecting the three worlds of original franchise protagonist Keita (Nathan Adams in the English release), alongside his daughter Natsume from Yo-kai Watch Shadowside: Oni-ō no Fukkatsu, and Shin from the upcoming Yōkai Watch: Forever Friends anime film.

An anonymous user has posted on 4chan a rather interesting post regarding some Nintendo Direct leaks. The post goes on to say that the Direct will be held on July 22nd and will feature a good amount of content like trailers, announcements, and ports. The only proof that this leak is legit is the part about Nintendo Licensed Funko figures being announced because Funko actually officially announced a Pikachu Funko Pop just recently.

Huge shoutout to Twitter user @KoolDashKid for providing this information!

The latest issue of Famitsu featured another advert for The Splatoon Koshien 2018 Official Fanbook, which is now available to purchase at stores in Japan or here through Play-Asia.

The Pokémon Company International announced today that a brand-new Pokemon Trading Card Game expansion pack called “Dragon Majesty” will be launched across the UK on September 7th of this year. Visit here for more details.

And lastly, level design director Yuki End released an article in the Switch news section about the upcoming Kirby Star Allies update. He talks about Adeleine and Ribbon as the new “Dream Friends”, and some details regarding their new moves. He also reveals that some Kirby 64: The Crystal Shards stages are going to be included in the update, but only available to those who complete the main story. Check out the full feature here.

And that’s everything for today! Leave a comment down below if we missed anything or if you have any suggestions or feedback!

Gamer, Anime Fanatic, Aspiring Voice Actor, and Writer, once you know me you can't forget me.

Pokémon Sword and Shield Revealed For The Nintendo Switch

Super Smash Bros. Ultimate Is Now The Fastest Selling Switch Game In The US And Europe